What is a Topographic Map?

Since 2006 all new maps have been published originally as digital maps; however, paper maps can be purchased and are available for download.  In 2009, the USGS launched a new quadrangle topographic map series called US Topo modeled on the 7.5-minute series, but derived from GIS data. The USGS also started a project to scan the entire historic library of traditional topographic maps.

The National Map's website is a great place to start looking for the map you need, but be prepared for a huge amount of information.

Anatomy of a Topo Map 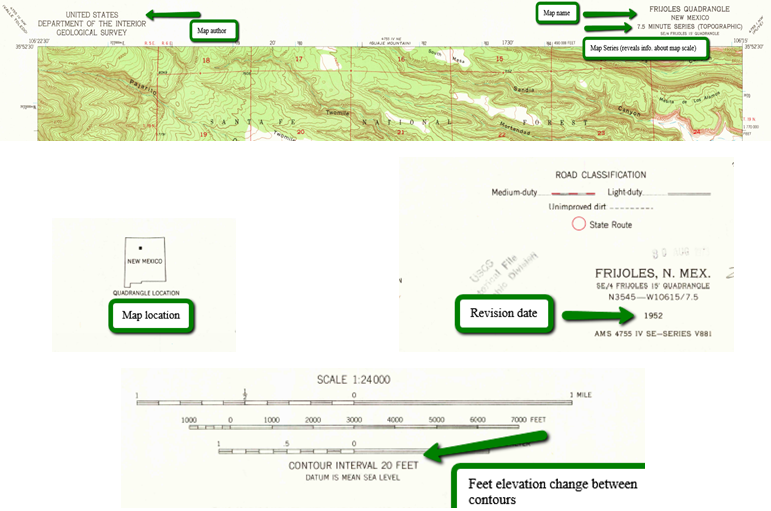 Finding the Topograhic Map You Need 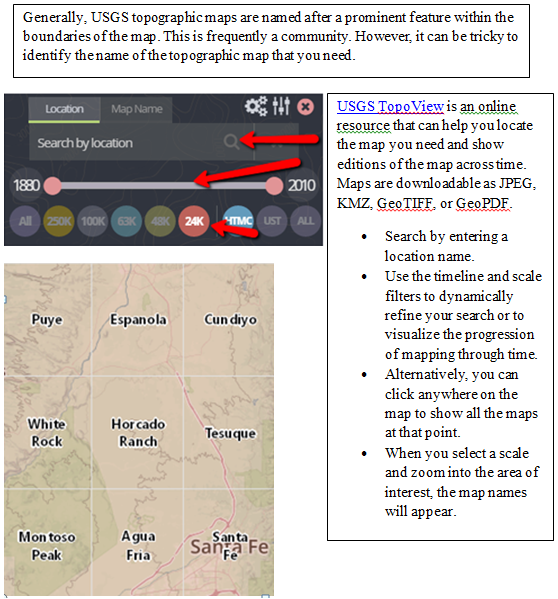 Scale shows the relationship between distances on the map and distances on the ground. Fractional scale is a typical representation of scale on maps and is written as a fraction or ratio (ex. 1:24,000 or 1/24,000). For example, the USGS publishes a series of topographic maps at a scale of 1:24,000 (also known as the 7.5 minute quadrangles).  This scale means that 1 inch on the map is equal to a distance of 24,000 inches on the ground (2,000 feet).  The scale of map that you need depends on the map’s intended use. Smaller numbers represent a larger scale. A map with scale of 1:24,000 will show much greater detail than a map with a scale of 1:250,000, but it will cover a much smaller area.

At the New Mexico State Library

The State Library has a large collection of USGS topographic maps for the entire United States.  This collection must be used in the library. We are happy to help you find the printed or digital map you need.

What does a topographic map show me?