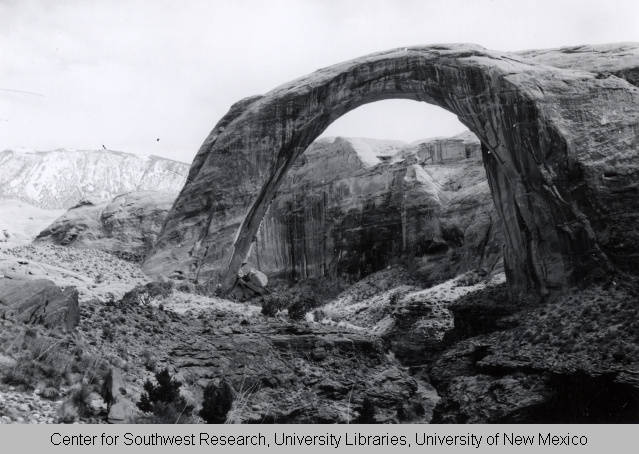 Rainbow Bridge in Glen Canyon before Lake Powell, ZIM CSWR Pict Colls PICT 2000-008, No institutional restrictions placed on use of this collection.

“From the freedom to explore comes the joy of learning. From knowledge acquired by personal initiative arises the desire for more knowledge. And from mastery of the novel and beautiful world awaiting every child comes self-confidence. The growth of a naturalist is like the growth of a musician or athlete: excellence for the talented, lifelong enjoyment for the rest, benefit for humanity.” Edward O. Wilson